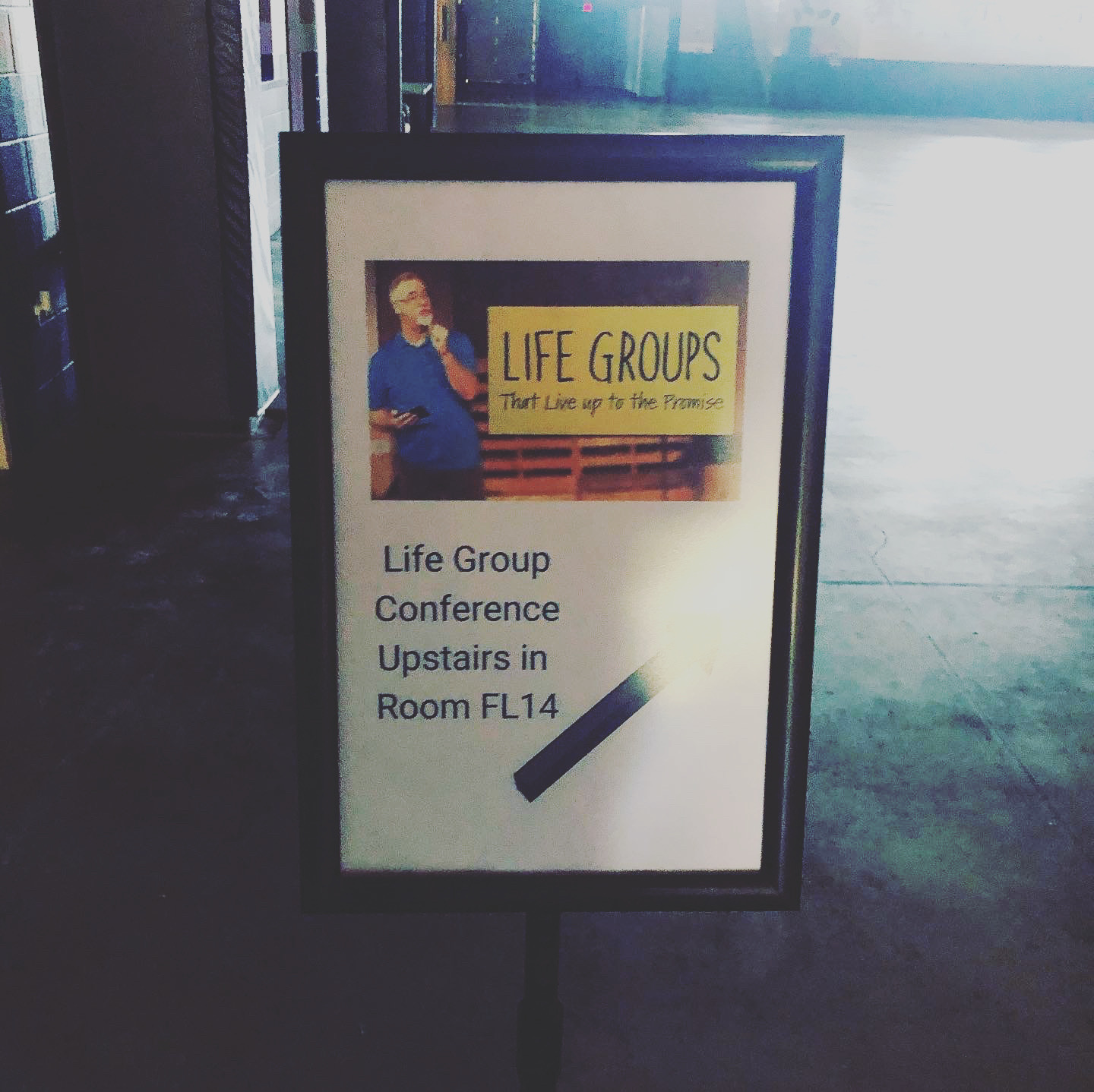 I just recently returned from a trip to Illinois where I was training the coaches of small group leaders at Harvest Time Bible Church. I was asked to do this training because I had been at the same church a few weeks before training the small group leaders. It’s encouraging that this church is willing to invest such significant effort in not just ramping small groups up, but in living up to the promise. Here are some pictures:

It’s a problematic thing in the American church that despite virtually every church promising that small groups are the heart of our ministry, few churches actually provide the kind of support for their small group leaders which confirms this priority. Typically pastors intend to offer such support, but the truth is that saying yes to small group leaders means saying no to so many other things that also demand attention and resources. Saying no is an extremely tough thing for pastors to get away with but that’s another blog for another day.

For today I just wanted to provide a little support to small group leaders and their leaders (pastors or small group pastors for example) in the form of three quick but powerful tips to consider. So without further ado, here goes.

“Each of you should use whatever gift you have received to serve others, as faithful stewards of God’s grace in its various forms. If anyone speaks, they should do so as one who speaks the very words of God. If anyone serves, they should do so with the strength God provides, so that in all things God may be praised through Jesus Christ. To him be the glory and the power for ever and ever. Amen.”

Take a moment on that very big idea. Peter says we are stewards of God’s grace. Grace is a slippery term for many of us but essentially scripture speaks of it as the power and desire of God to do good to us. He not only wants to do good to us, but He is fully capable of doing so. This Grace is not something we control or create. It is inherently part of God as much as His ominscience. You are granted a stewardship of God’s own love and power to bless others. If this doesn’t blow your mind, you’re not listening. This is greater than any other stewardship we spend time discussing: more than our time, so much more than our money. And this is what Paul and Peter are speaking of when they speak of spiritual gifts. Now, group leader, consider this:

“For the grace of God has appeared that offers salvation to all people. It teaches us to say “No” to ungodliness and worldly passions, and to live self-controlled, upright and godly lives in this present age, while we wait for the blessed hope—the appearing of the glory of our great God and Savior, Jesus Christ,”
‬‬

It is not you or me or even the spirit filled members of our church that truly disciple. It is not the law or accountability or policy or careful process that teaches us self control. It is the Grace of God! The same Grace which saves us. No doubt there is a lot to this, but at least one thing it seems to mean in conjunction with the spiritual gift emphasis in scripture is that as we share our gift of grace with each other, it is God’s own power and love which disciples the body.

Small groups are not just a place for a good discussion, but a great place (and in some churches the only official place) for people to share the Grace of God with each other and you as leader get to encourage, equip and nourish this flow of Grace. Your job is to facilitate discipleship.

2. Look for God’s curriculum; what appear to be distractions are often the heart of discipleship. In Matthew 20 we encounter one of the greatest lessons Jesus gives to his apostles. He explains here that true leadership is about service, and that even the Son of Man came, not to be served but to serve. It’s clear that this lesson did not come about because of some arbitrary point in some planned curriculum which the apostles had reached on that day. Let me remind you of the context. James and John’s mother approach Jesus and ask that He consider putting James and John in places of honor when Jesus has accomplished his messianic mission. We’re told that the rest of the apostles are indignant at their gall (and probably mostly because they feel like they should be at least as deserving of this honor as the two brothers!). Imagine for a moment that you are a group leader and this scenario is playing out in your group. Whatever you had planned for the day has just become seriously derailed by the immaturity of your group. People vying for position, the group’s unity being disrupted by ego, pride and entitlement. How easy it would be for us to focus our energies at this moment on squelching the disruption so we can get back to the important work of discipleship.

But that’s not how Jesus saw it. To Him, this was not distraction. This was discipleship. Humility was the agenda precisely because pride was the issue. Even a cursory reading of Jesus‘ interaction with the apostles throughout the gospels reveals that this is how Jesus most always determines the lesson of the day. So it ought to be in our groups. Of course we will have agendas and at Focus Church the groups will not infrequently use an established curriculum, but the most significant agenda and curriculum must come from attention to what’s happening right in front of you in your group,. Are kids a distraction? Then they must be part of God’s curriculum. Is someone’s struggle making it impossible to focus on your agenda? Then in someway their struggle, or your groups struggle with their struggle is your curriculum. Logistics, ego, illness, trials, disrupting events…all these can be viewed as distractions or discipleship. Choose the latter and let God set the curriculum and follow hIm where it leads. After all, it is God’s grace which disciples.

3. Say No to other events, meetings and programs until there is space for regular consistent support and interaction between your small group leaders and someone to coach and encourage them. Ok, so this is really for Pastors. If you believe in small groups and you really want them to live up to the promises you’ve explictly and implicitly made about them, you’ve got to find a way to provide regular support, coaching and training for your small group leaders. This is not just a neat idea; it’s absolutely crucial. When I have this discussion with churches considering a new emphasis on small groups, inevitably the realization comes up that truly prioritizing small groups will mean more meetings for the leaders for training and encouragement. The next realization is that another meeting just won’t work in our overcommitted churches among our overcommitted leaders. I wholeheartedly agree with this. The trick is that if you are serious about this, you will need to decide that supporting your leaders is more important than some other important meeting and find a way to replace a meeting with a meeting. You will never find space to train your small group leaders, you will have to make it. Say no for your leaders to things which are not small groups.

I am available for discussion, coaching, training, conferences, and any other way that I can help your community live up to the promise of small groups. Let’s build communities of discipleship by Grace!

Contact me at discipleshipmatters.online if I can help in anyway.