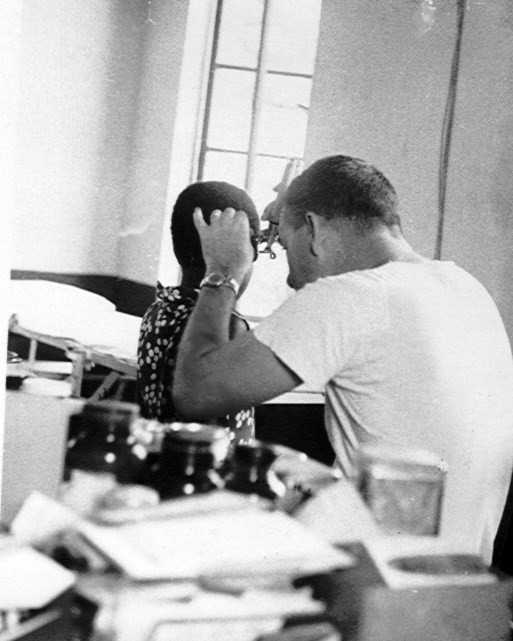 What do you want to leave behind when you’re done?

My father’s funeral was a very eye-opening experience for me. Up to this point the only legacy I knew of my father was in the context of our family, and this legacy was not a positive one. I knew nothing of his legacy as a servant to the sick, as a generous and caring doctor, as a philanthropist.

“At this time we’d like to open it up to anyone who wants to say something in honor of Don.”

I expected a few friends and family would speak a few kinds words and it was a completely unexpected shock when for the next hour a steady stream of patients came forward to praise my father, to speak emotionally of how much he’d meant to them, of how much they needed him.

This was the phrase uttered over and over, as people expressed with genuine despair and fear the concern that no one would ever be there for them as he had been.

My father was a nephrologist, a kidney specialist, who spent his time traveling to where dialysis units didn’t exist, to bring dialysis to the patient. This meant lots of Native American reservations with sub par medical services, or out of the way communities where dialysis meant an hour or more commute for an hour or more of dialysis and then back. To accomplish this my father flew his own small plane several times a week though the southwest to places with names like Shiprock, and Tuba City and Silver City. It was on one of these flights that my father’s airplane exploded due to no fault of his own. My father died doing what he loved best, not just flying, but in service. He literally gave his life in service to others.

This experience changed my relationship with my father, admittedly tragically too late to act on it, but it did allow me to see a fuller man and to heal from the wounds of his fallibility. It is fair to say that beginning to understand his life of service has contributed much to my own decisions to serve.

My father’s legacy is a great one, and to this day, decades later, I still occasionally meet people who were touched in profound ways by his service to them or their loved ones. But as a pastor I’ve also been recently thinking about the difference between his legacy as it was expressed at his funeral and what I suspect he wanted his legacy to be.

There is nothing wrong with my father’s legacy; it is a great one. But at the same time I’m really confident that my father didn’t intend to leave scores of people in despair and fear, wondering what to do after his departure. He never intended to build dependence upon himself. He built dialysis units and attempted to work with hospitals to improve their care and educate his patients on their own care, precisely so that they could be better and receive better care without him. I strongly suspect he would have felt less than completely satisfied at the number of people who expressed such genuine fear and despair for their own lives at his leaving them. He would have preferred to see people stronger, better, for his having touched their lives. No doubt he did leave people like that, myself included, and perhaps the words at his memorial service do not capture the actual legacy, but this still raises an important question

There are a million seemingly good reasons to never say no as a pastor. Jesus literally gave his life in service, so how can we do less? Except Jesus does want people to be entirely dependent upon him for all things. Our job is to increase dependence on Christ and decrease dependence on us. Our legacy as pastors should be communities full of people who are so good at discipling each other that they will be grateful for our presence, but not despairing at our absence. Would your church survive if you were gone tomorrow? Even if the church didn’t, would the people continue to pursue Christ with the equipping you’ve provided?

This blog is only the prologue to a series to come over the next few weeks. A series about why it’s important for pastors to learn to say no. It’s not about self help or about boundaries. It’s about fulfilling the mission we have. It is crucial we learn to say no. But I want to start by asking you to think about your legacy. Are you building dependence on you, or are you building disciples of Christ? Which do you want? What do you need to change to get there?