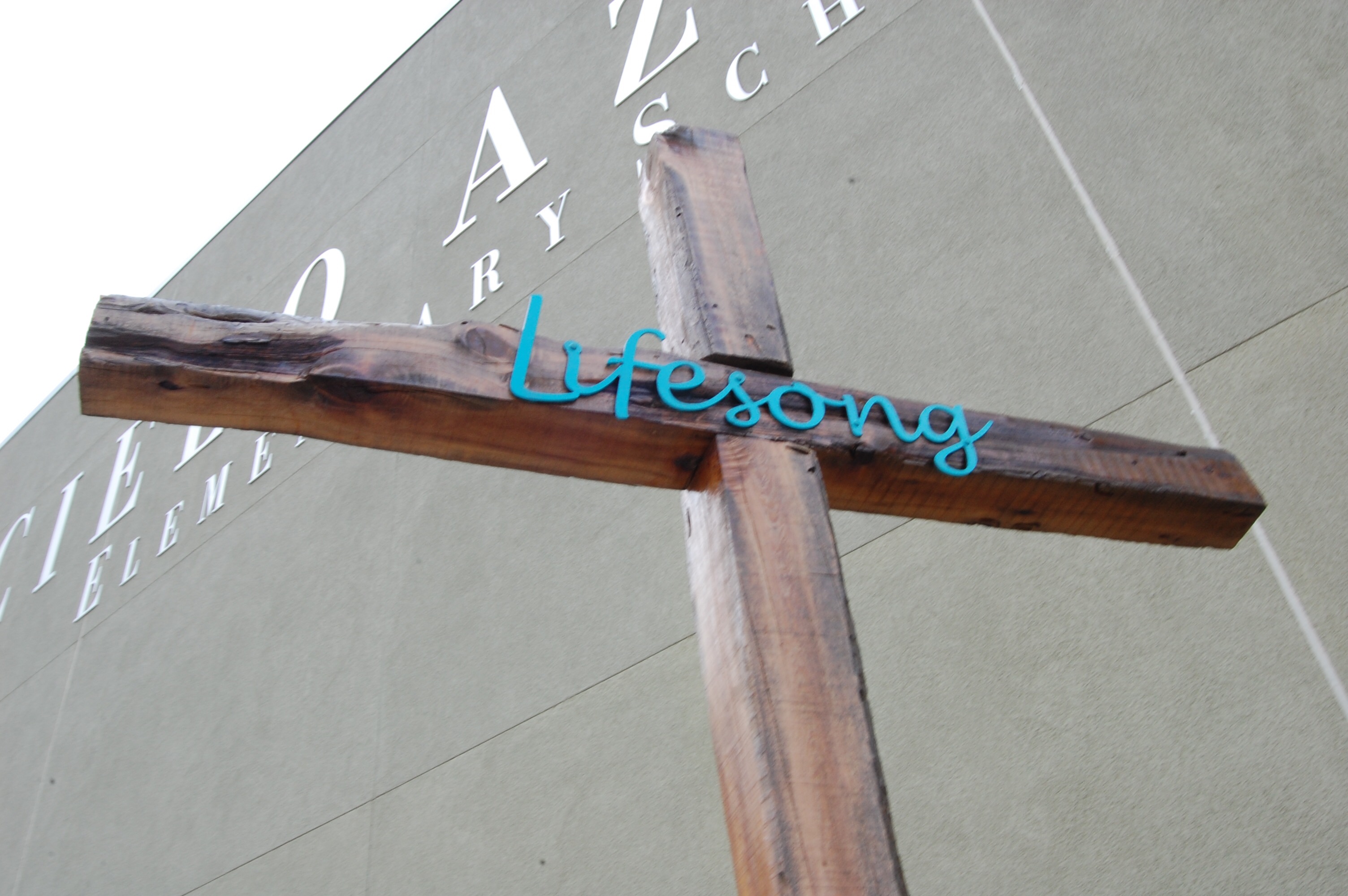 It was a McDonald’s about a month ago, where I ran into an old friend of mine, someone I hadn’t seen for a decade or so. He was friendly (he always is) and we exchanged pleasantries while we waited for our orders. In the course of our very brief conversation he asked if I had read a certain book. I said I hadn’t and he followed up with “I always think of you when I read books like that. You should read it, it might fill in the gaps for you.”

This man is a former congregant of mine and I knew exactly what he meant by fill in the gaps. One of the few consistent things about my preaching of the last 27 years of a 30 year preaching ministry is my strong emphasis on the Grace of God. Paul declares and defends a Gospel of Grace where God is the author and perfector of our salvation; where God’s love for us is based not on anything we’ve done but solely on the fact that He is a God who loves; where righteousness is something we’re given not something we earn or create; where Christ on the cross declares “it is finished” and not that he merely started something that we’re expected to complete.

One thing I’ve learned from thirty years of preaching and defending the Grace of God through the death of Christ as the sole means of salvation is that surprisingly the temptation to always want more than this message is strong. It has been so since the early church. During Paul’s time there were the so called Super Apostles who claimed that special acts of righteousness were needed to fill in the gaps of the gospel. During John’s ministry there were the Gnostics who claimed enlightenment was necessary to fill in the gaps of the gospel. Whoever wrote the book of Hebrews had to defend the idea that it was not the gospel which had gaps but the law. The well meaning judiazers had it backwards: it was the law which had gaps; gaps which could only be filled and completed by Christ, as he brought fullness to the two dimensional shadow of the law.

Don’t get me wrong. I suspect this friend of mine has a sincere and genuine faith, faith in the Cross of Christ which saved Him. I suspect it is not gaps in his own life he is looking to fill. Like so many others who themselves have seen the Grace of God lift them from a life of wretchedness and seen that same Grace propel them forward in a life of increasing holiness, he is now more concerned about the gaps he sees in the lives of others. Ironically as we become more comfortable living in the Grace of God we may be inclined to forget our early complete dependence upon Christ and how little we actually did to get where we are. Perhaps we’ve forgotten how much worldliness existed in our own early years and for how long we resisted some areas of change, and perhaps even still do. Instead we look at a church which to our mind is increasingly full of immaturity and worldliness and see a gap between God’s promised holiness by Grace and the seeming paucity of holiness in others.

I’ve since become familiar with the book he asked me about as well as another trending book, both of which share a similar idea that the reformers, having less information than our current scholars lead the church into entirely wrong directions regarding essential ideas like Grace and faith. Like the early church with the Gnostics there is an appeal to being in the know, finding there is special information hidden from all the church until this moment and we are of the few enlightened, but like the early church with the Gnostics, we should be very cautious about such claims.

It will be a shame indeed if the evangelical world moves away from Grace in an attempt to fill in gaps. It would be a shame because it obscures the Gospel which is literally good news. The Gospel is all about what Christ did for us and not about what we do to merit, earn or cling to what Christ has done for us. Too often we share the gospel as if it’s a great challenge, a war cry, instead of a victory shout.

Oftentimes it’s about motivation. Grace doesn’t motivate, we think. So, pastors try to close the gap with guilt, or fear, or anger, but while it sometimes appears to work short term, it is destructive in the long term, teaching people to react not to Christ’s leadership but to emotional appeals.

To be fair, what he meant, of course, was not that the gap was in the Grace of God but in my understanding, and on this we do agree on one thing. There is a gap in the understanding of grace, but it’s not that we have to somehow earn it or that God is waiting for us to pay him back for some sort of righteousness “loan”. It’s not that too much grace leads to a lack of motivation or licentiousness. It’s not that we misunderstand faith and what is really needed is a pledge of loyalty. None of these are the gaps, although I’ve heard each of these in the last two weeks alone. No, the gap is simply this.

For people who fear that teaching Grace alone will lead to licentiousness; for people who fear that there are gaps in such a presentation of the gospel I would suggest that the gap in their understanding is simply this. Grace is not merely the unmerited favor of God. It is also the incredible power of God. Power to raise Christ from the dead. Power to transform sinners into saints. Power, as Paul reminds Titus, to teach us to say no to ungodliness and yes to self control. Power to sanctify us. In other words the gap in our understanding of grace is not that more is somehow required of us, but that we see grace as weak where scripture teaches clearly it is very strong.

Grace is not just God’s desire to do good to us, it is His mighty power and ability to do so as well.

Stop trying to fill in the gaps. God’s got this.

Did you know that Scripture teaches even discipleship is a work of God’s grace and not of our own efforts? What we need is not less reliance on grace but more. My new online discipleship course designed specifically for pastors of small churches but open to all who care about discipleship is now up and running. Let’s build communities of Grace Discipleship and watch the Lord be glorified! If you’ve already watched the intro video, click the link below to get you or the pastor you love signed up for the course.